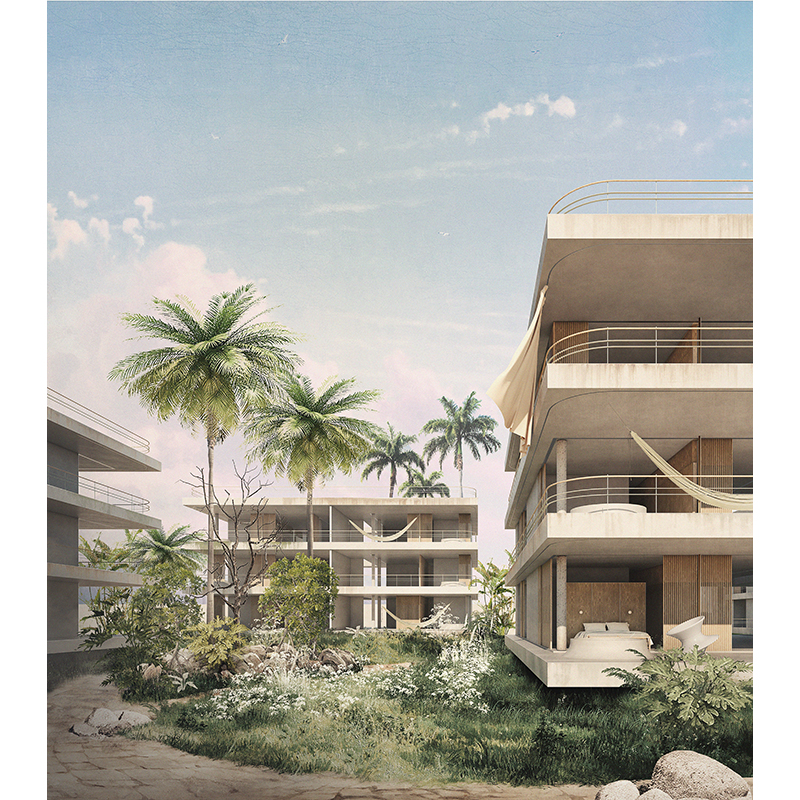 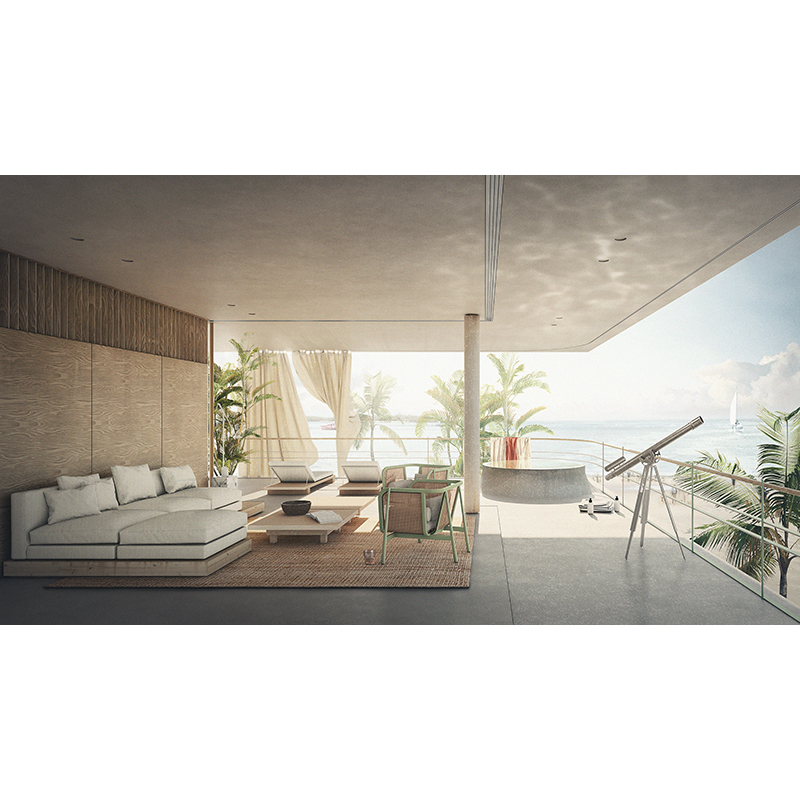 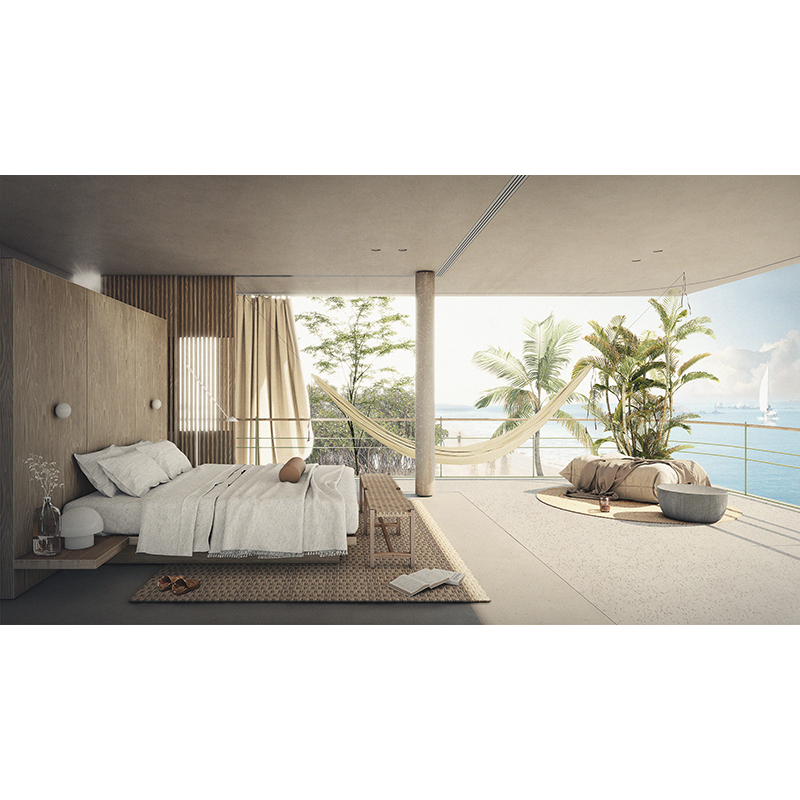 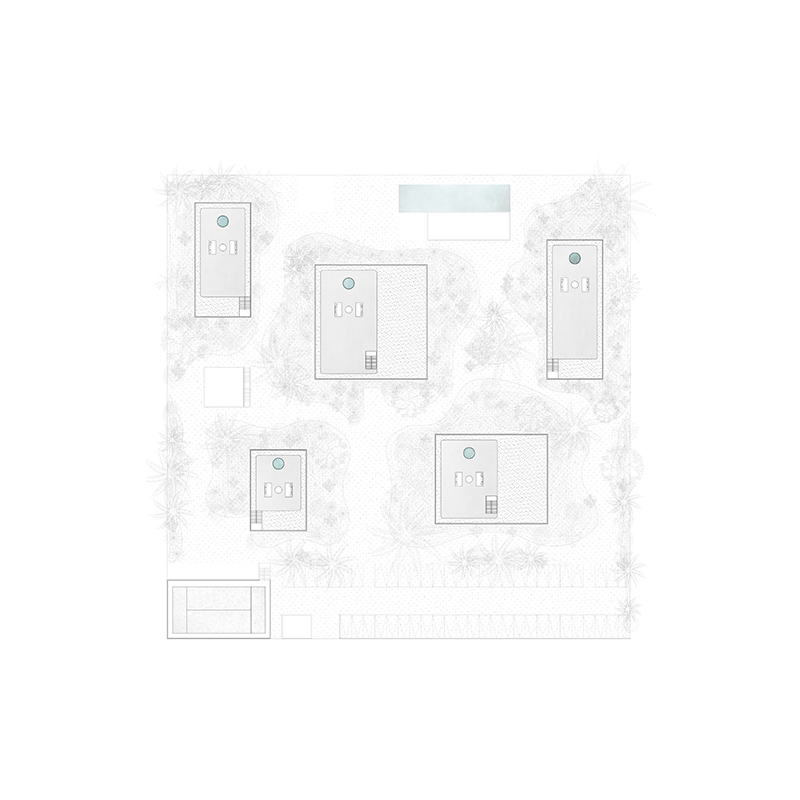 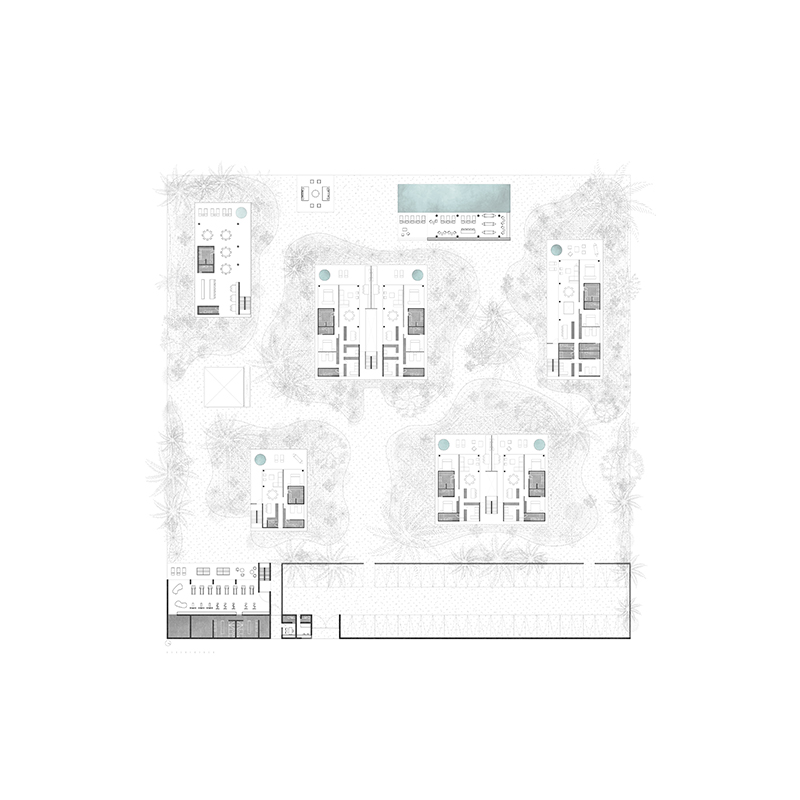 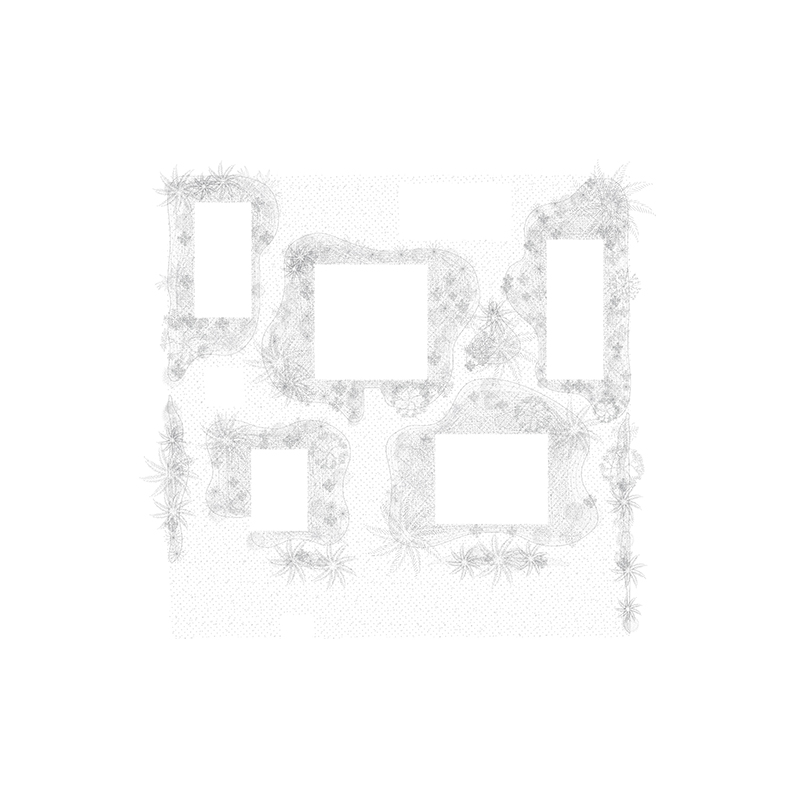 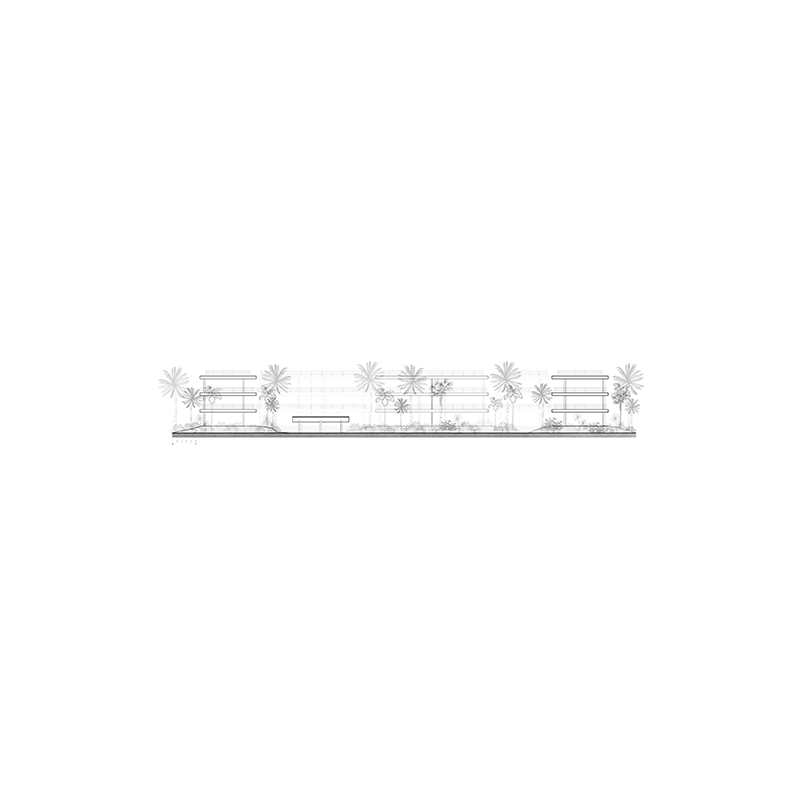 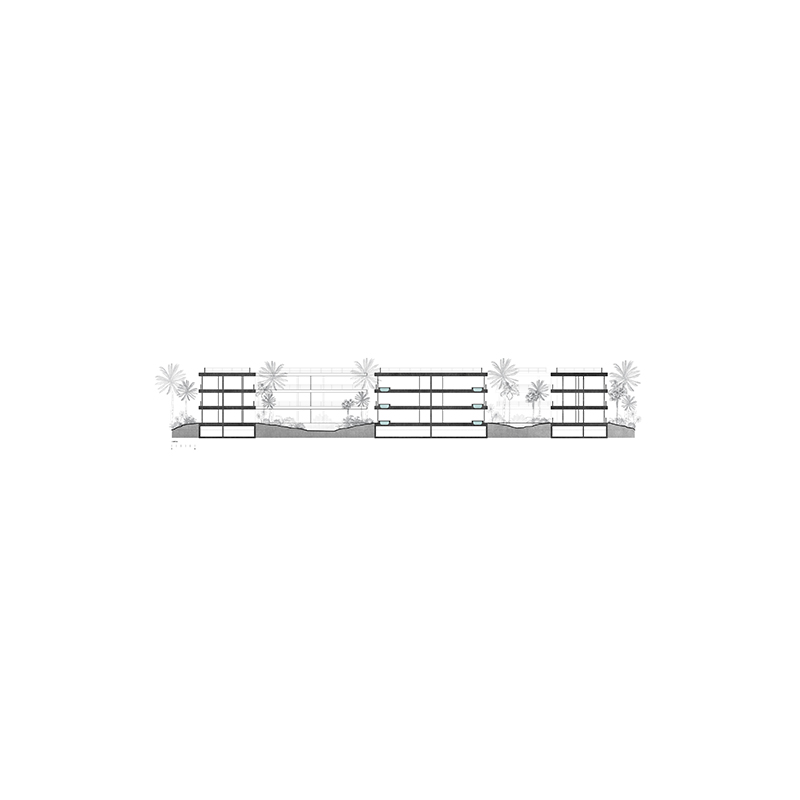 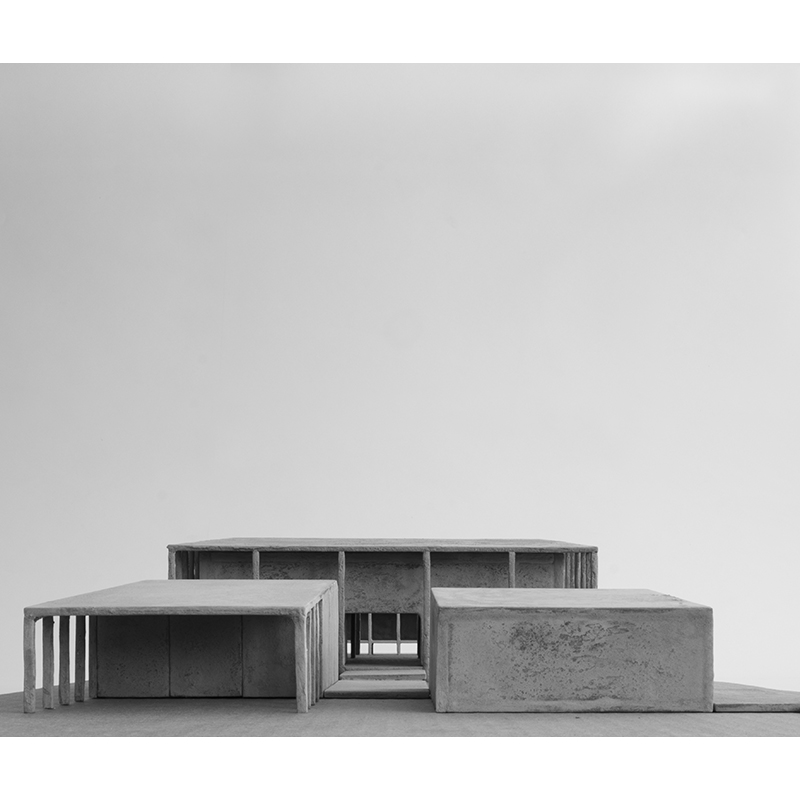 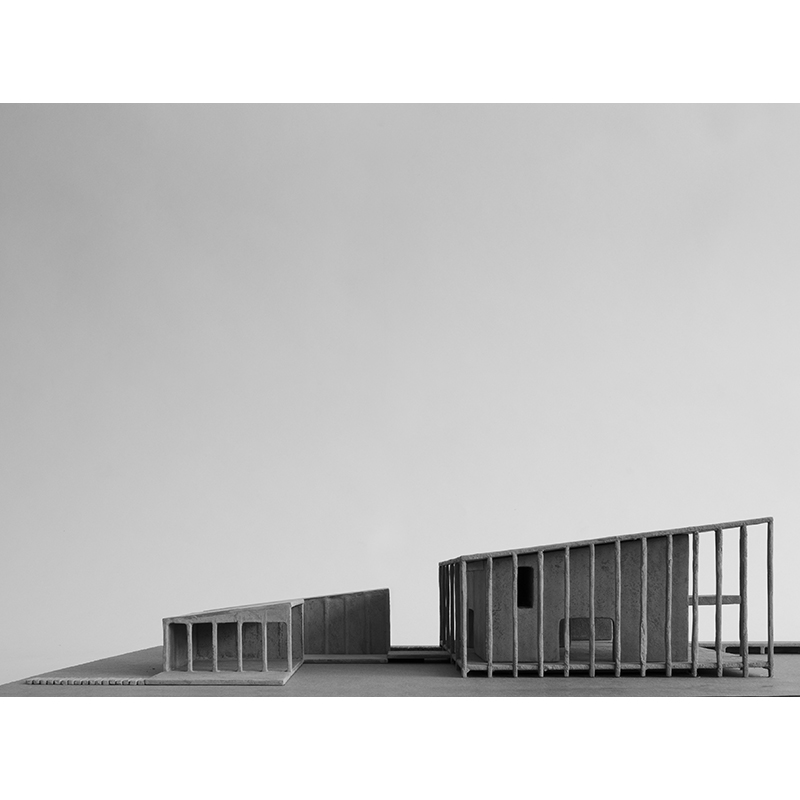 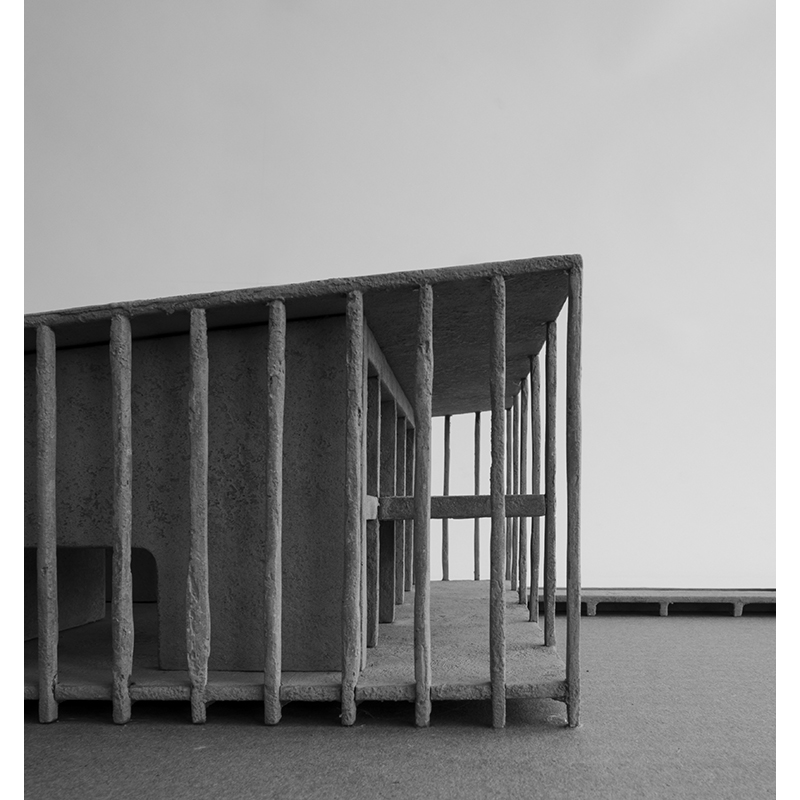 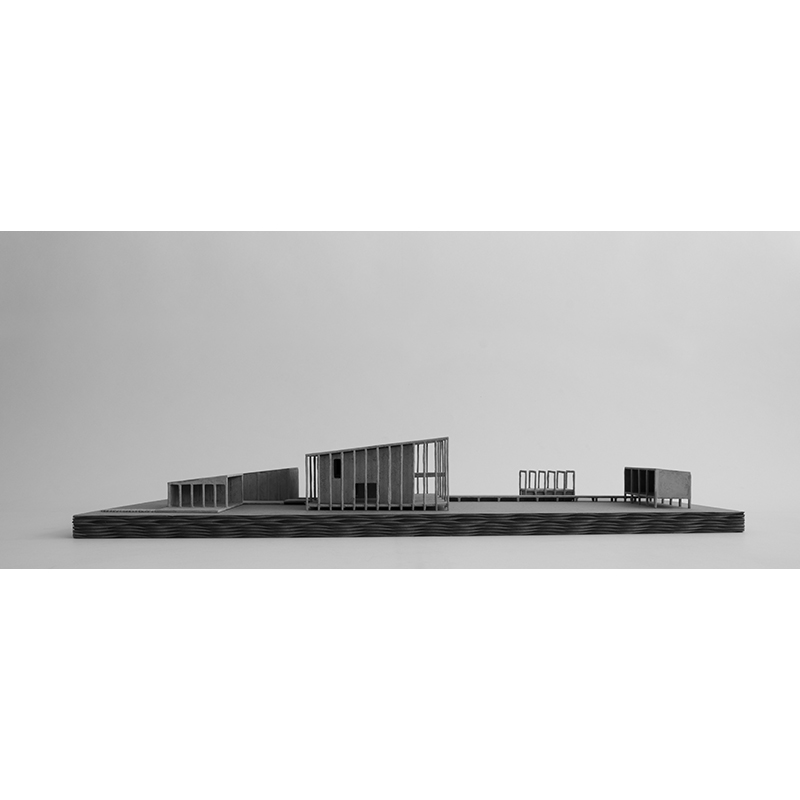 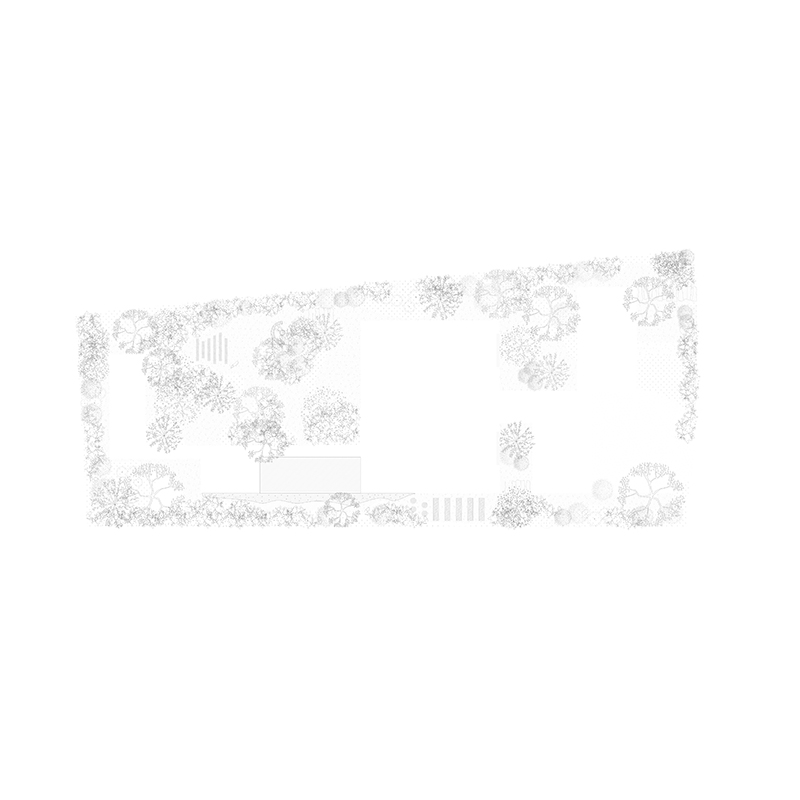 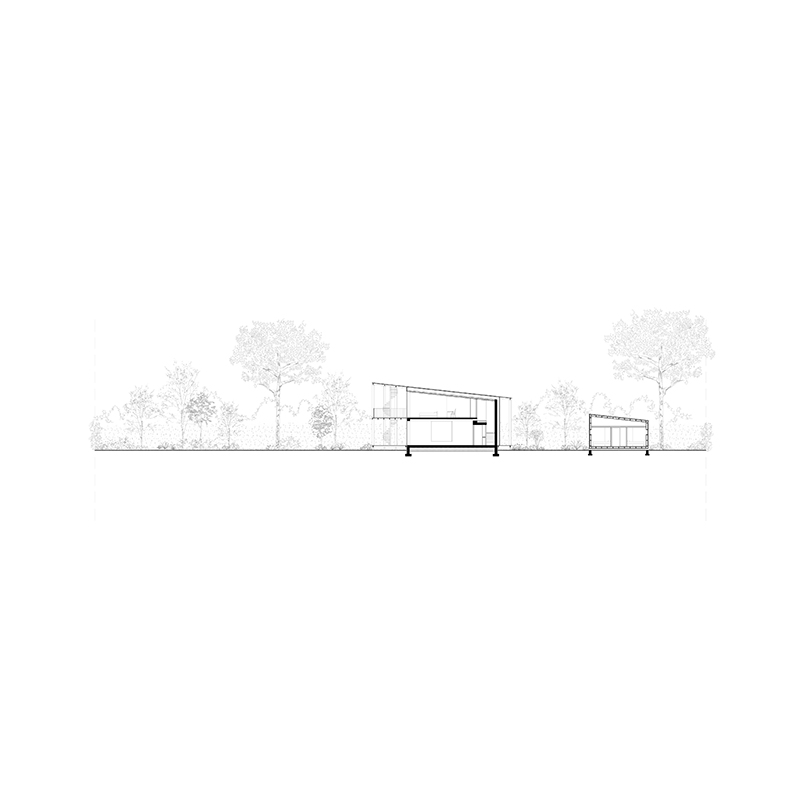 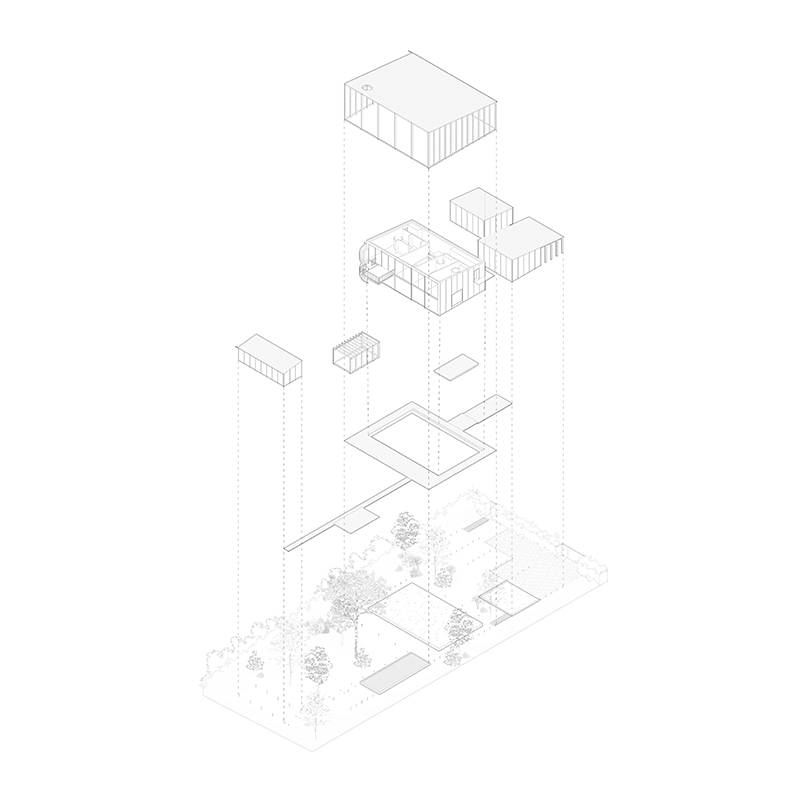 Seignosse is located in the southwest of France, on the Côte d’Argent, a region known for its landscapes, its mild climate and the richness of its terroir. The project must be considered on this small-scale level as well as in terms of its broader history and its geography.

The Landes region has long been a sparsely populated area because it was hostile to humans. Until the 18th century it was a vast, inaccessible swamp, where local shepherds moved on stilts both to keep their feet out of the water and to watch their herd from afar. It is called the flat country because of the near-lack of topographical features, a characteristic explained by its geology.

The ground is formed by a shallow limestone plateau covered by sediment. The rock layer is impermeable, so rainwater flows very slowly to the ocean, forming these wetlands as a result. To overcome this, during the Age of Enlightenment the French state decided to manage the territory by planting suitable trees, initially cork oaks for use in the corking industry. This tree, which has a strong presence in the region, is of particular interest to us for the project.

A larger-scale program of land management was later embarked on through the planting of maritime pines and the establishment of the “dune cordon” all along the Atlantic coast in order to protect the forest from the ocean. It is the largest pine forest in Europe, as can be felt it in the perfect alignment of trees in this continuous man-made landscape.

This situation has developed some examples of vernacular architecture: half-timbered houses with pronounced eaves and a masonry plinth that responds to the climate of the region. Also, the huts of the gemmeurs, the people in charge of collecting resin from the pines, whose homes were made of large pine boards covered with resin to protect them.

We drew clear ideas from this analysis that formed the basis of our reflection and the design of the project.

The first step is to climb up to protect yourself from the water and to see further: think of a project on stilts.

From the positioning of the pines we retain a grid pattern, a consistency of design that allows the project to be punctuated in plan as well as in section, by the repetition of vertical elements reminiscent of the slenderness of the pine trunks.

We understand the characteristics of the climate by sheltering the façades with overhanging roofs, because there’s necessary to protect from both the rain and the sun that come and go with the wind. Build simple constructions, in harmony with the landscape.

We understand the entire site as part of a whole, a holistic vision of architecture which is entirely the result of its situation.

Starting with the landscape

We think of this project as an inhabited garden, a fusion between nature and architecture, which breaks down the boundaries between interior and exterior. A plot that can be used in its entirety, living according to the light and the seasons. Build a smart home that is easy to activate and requires little maintenance. A place that challenges preconceived ideas. We analyzed the plot under four sequences, each corresponding to a purpose: to use, to live, to enjoy, to watch.

The program is very clear, and defines a number of volumes that have special relationships between each other. The treatment of the landscape must unify the whole.

Construction then began to take shape: the independent guest house, the garage with its carport, the main house and its covered terraces, the swimming pool with its summer kitchen and finally the studio to the rear of the garden. They are judiciously distributed across the site according to their uses and orientation. Everything is connected by raised terraces, either covered or open air.

The Local Urban Plan imposes a built-up area of 30%, a setback from the street and neighbors, maximum heights, and raising the floor level by 30cm compared to the natural terrain. We have integrated these constraints into the project as assets in order to make it more discreet and to limit the inconveniences of the street as well as of the neighboring buildings.

The rectilinear hedge along the façade is maintained as a cultural relic: behind it grows a lush garden, made up of local species such as maritime pine and umbrella pine, holm oak and cork oak, broom and gorse, species that require little maintenance and consume little water. It is about creating a specific universe that evolves throughout the year, with large ferns that give it a tropical appearance while respecting endemic species. A nurturing landscape with several areas dedicated to the vegetable garden.

All the existing trees are preserved, while new ones are planted between the constructions, such as deciduous trees close to the façades in order to protect them in summer and let through light in winter. Much of the project is based on reversible screw foundations. This allows for a minimum impact on the ground and does not damage the roots by creating a refuge underneath for the local fauna. With the idea of a biophilic design, the project is committed to having a low impact on the site.

While designing the project, we focused on the resources already present on site as well as the possibility of using materials from the demolition of the existing house.

Several elements stand out, such as the tiled roof which once came down can be used as coating for the access, a red tone that contrasts with the vegetation and allows vehicles to move around as if playing pétanque.

Part of the masonry can be reused after crushing as concrete rubble needed for the main house. The glazing can be sent to a recycling center to be repurposed as insulation material like that currently used under the slab of the house. The rest of the materials would be donated to recycling associations we regularly work with.

The construction system and the materials used provide the basis for understanding the project. All the building façades are clad in cork, a locally sourced, rot-proof material. The roof line of all the volumes forms a single slope. The corrugated sheet steel roofs evoke the image of surf huts and reflect the surrounding landscape. Rainwater is collected in cisterns in order to water the garden and can potentially be reused for the toilets and washing machine.

The family house is composed of three walls made of low-carbon recycled concrete, and is insulated from the outside with a thick layer of wood fiber. Its southern facade is completely glazed, protected by large eaves which are supported by pre-grayed wooden posts to guarantee stability over time. The annexes are all in wooden framework, raised above the ground with the screw piles. Thanks to the repetition of the elements, much of it can be prefabricated, including the guest house which can be ready for use before the rest.

In order to meet passive house criteria, we have organized all the constructions into rectangular and compact plans. The certification is based only on the main house, which meets all the demands and the PHPP calculation: less than 15 kWh/m2/year, extremely well-insulated, airtight, with a very good double-flow ventilation system and generous, yet controlled solar gain.

We have enhanced comfort in summer thanks to cross-sections that promote natural ventilation, the thermal inertia of the concrete walls and floors which retain coolness, and the implementation of elegant exterior blackout systems on all exposed windows.

We intend this project to be sober and discreet, to be an intelligent, minimalist architecture, both simple and contemporary, where beauty resides as much in the volumes as in the details.